May 31st and June 1st were 3 years from when we found out that Jacob died and when he was born. I was more solemn in May, without really realizing it at first. His birthdays do get easier, but they are never easy. May 31, 2010 was really the worst day of my life...the day I found out, the day I saw him lifeless via ultrasound, the day I called and told Ted and my family that he was gone. There were a lot of flashbacks. We have a package at a department store where we get one free sitting and photo a month for a year. So I took Emily and Jacob's bear in and got pictures of them together. I don't have the picture back yet, but I took some the night before at home. 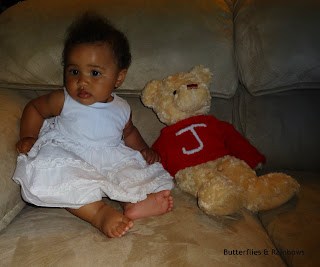 June 1st had lots of flashbacks too and I had a good cry at 9am, the time he was born. I had prepared a box to donate to the hospital as I have done for each of his birthdays. I was dreading going, even though I have had a very good experience there in the past year. So the night before I gave myself permission not to go to the hospital the next day and it was liberating. I felt a weight lift. I just felt sick at the idea of being there, whereas in the past, I didn't as much. I felt closer to him there. I thought I would feel guilty about not going, but I didn't and I don't. I will go this month sometime, but I don't know when.

I have always written a blog post on his birthdays too, but just didn't feel up to it until now. I'm surprised that I'm okay with that and not wracked by guilt. I know he knows I love him, no matter what I do or don't do or when I do it. I was also so busy on his birthday that I didn't even make him a cake until that night (which I then ate most of by then end of the weekend...last year I ate 22 cupcakes over his birthday weekend. I'm noticing a trend).

I received a beautiful gift from Allison... Jacob's silhouette. I get the sense of what he would have looked like when he was older from it. I love it. 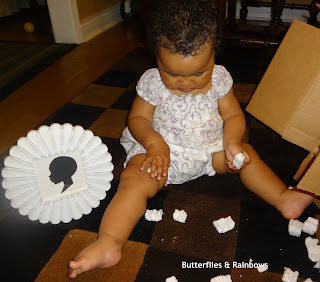 We went to the garden and blew bubbles for him on his birthday. Then I decided we should go to the Bread and Honey Festival that my brother-in-law had a booth at. I had planned to go the next day because I didn't think we should go on his birthday but then I decided that it is better for us to stay busy. I thought of him there all the time, but it was ok. We went out for dinner and had a nice time. Three years ago, I couldn't imagine that 3 years into the future, I would be taking care of a living baby and actually feel any happiness again. 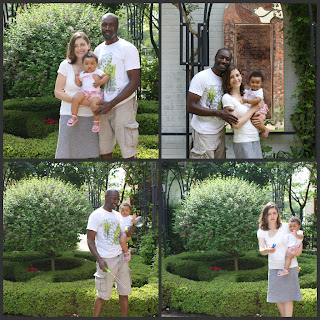 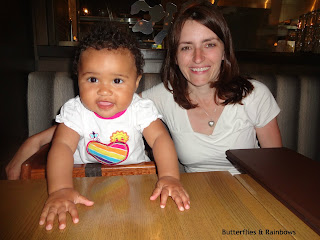 Another thing I couldn't do was eat Mini Wheats for breakfast. I ate them on the drive to the appointment where I found out he was gone. I didn't eat them again until the past few months. I took the box out the morning of May 31st this year and just couldn't do it.

I still have a few Werther's Originals in my winter coat pocket from the winter of 2010. I can't bring myself to take them out. I sucked on them when pregnant with him to help with the nausea. I guess the nausea stopped and I didn't need the last two in there. I think they will stay there forever.

I have been meaning to post this video for months. My Grandma died 2 days after Emily was born and her memorial service was at the end of October. My uncle made a video of pictures from her life which ended up being about 9 minutes long. While I knew he was working on it, I didn't expect him to include Jacob. But one day I got an email asking if I wanted his photo included. I sent him two ultrasound pictures and he included both among the photos of the great-grandchildren. It hits me hard every time I watch the video.  I couldn't help but cry as I watched it for the first time, as I rocked Emily at the back of the room. Ted told me it was hard for him and my Aunt told me that even though she knew his pictures would be there, it still hit her hard. I love that they still think of him when it comes to things like this.

Emily is such a beautiful little girl... I'm sure that you can see Jacob, Madeline, and Emma in her smile and gorgeous face.

Remembering Jacob with you...

Sending love for you and all your babies. It really is okay to wait until you feel ready to write birthday posts and to eat a whole cake by yourself. Jacob knows you love him and sometimes you just have to take care of yourself.

Hello,
I am a psychologist and a blogger (http://docgrumbles.wordpress.com). I am currently conducting a survey of bloggers who post about pregnancy, fertility, adoption, pregnancy loss, and parenting. I would like to extend an invitation for you to complete the brief survey found here:
https://www.surveymonkey.com/s/MLVBHDG
(I am very sorry to leave this in a comment like a spammer!)
Thank you so much!
Dr. Grumbles

Dana
I live with my husband near Toronto, Ontario. Our son Jacob was stillborn on June 1, 2010. We miss him everyday. We were fortunate to get pregnant again quickly, but I have miscarried 3 times since losing Jacob. August was miscarried on August 20, 2010 at 5 weeks. Cub was miscarried on November 27, 2010 at 10 weeks. We lost twins girls, Madeline and Emma Grace, at 11 weeks on August 30, 2011. We miss all of the babies that we have lost and what could have been. We welcomed our rainbow baby, Emily on on August 15, 2012. She has brought us so much joy and happiness.